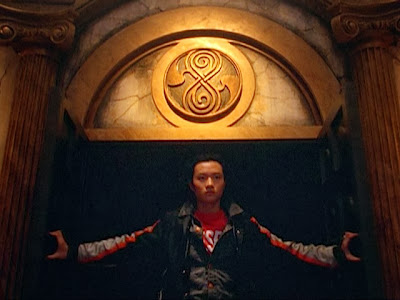 The “Pydonian Seal” also known as “The Seal of Rassilon” is an object from Doctor Who that made its first appearance in the series 12 story, “Revenge of the Cybermen.”  However in that story it appeared as a decoration related to the people of Voga, the planet of gold!
at October 16, 2013