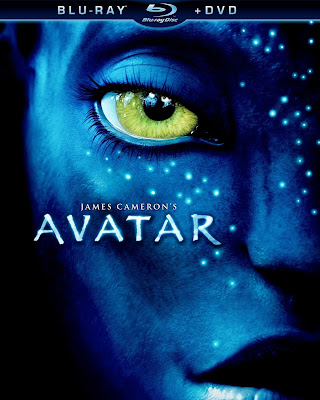 Another brutally honest flick review by The Jaeger

James Cameron’s overly hyped, extreme left wing, ultra green, anti-military movie hit on DVD and Blu-ray on Earth Day and I’m sure it will sell millions of copies. For those who don’t know, the story takes place in 2154 when a USAmerican expedition is sent to the planet Pandora to secure a mineral that is needed on Earth. Since the atmosphere is toxic to Humans, they use genetically engineered avatars that look like the local aliens, the Na’vi, and are mind controlled by the Humans on the drop ship. Controlling the Na’vi avatars gives the Humans the ability to see, hear, taste, and leap about like the locals. The protagonist, Jake Sully (Sam Worthington) is a paraplegic and finds the experience of controlling the tall smurf avatar liberating since he can move about once more.

Cameron clearly hates the military and everyone who doubts the dubious “science” of global warming, as his Na’vi characters are portrayed as wise, environmentally friendly, three dimensional (no pun intended) beings that live in perfect harmony with nature, while the Earthicans are one dimensional, war-mongering maniacs with no redeeming qualities. Indeed, even the planet Pandora itself is a more fully developed character than the majority of the Humans! That said, I would be remiss if I did not mention that the CGI visual effects are ridonkulously good, and the action sequences are freaking jaw dropping, and the third act basically drops all pretence of story in favour of wicked wall-to wall action. The blu-ray is a bare-bones release without so much as a trailer on the BD-50 disc on which it is housed. Cameron has already stated that he plans to TRIPLE-DIP this flick on home video, the second DVD and blu will be released in November as a four disc “Ultimate Edition” containing an extended version of the flick as well as all the extras that should have been included in this release, then in early 2011, a 3-D blu-ray is planned for release.

As for the video, the 1080p MPEG 4 AVC encoded transfer is simply stunning, and the DTS-HD Master Audio will give your home theatre the workout it deserves. So really, even if you don’t like the movie it is certainly worth having in your collection if for no other reason but to show off the reference quality video and sound.

In the end, it seems I’m the only reviewer in the entire blogosphere with the stones to call out this movie for what it is: a mega-budget Ferngully re-make, and if the Oscars hadn’t expanded the Best Picture category this year to include TEN pictures, this movie wouldn’t have come close to making it into the category.

I initially planned on purchasing the DVDs of this release - the 3D DVDs of course, to go along with my yet-to-be-purchased TV/Blu-Ray/Surround Sound system, once I get "permission" from my wonderful, gorgeous, lovely bride to do so.

However, when I heard Cameron trashing the **OIL** Sands, I decided to boycott purchasing anything James Cameron.

Cameron has since been invited to tour the Oil Sands. It will be interesting to see if he (a) accepts, (b) comes to see the truth, and (c) changes his tune. Should he change his tune, I may purchase the DVD release. Should he continue with his ridiculouse tree-hugging environazi stance, then I will actively campaign for people to stop purchasing anything he is associated with -- boycott his films, incinerate anything James Cameron from one's collection, etc.

It's about time we stood up to those who would destroy the economy in the name of the false religion of global warming.

Don't get me wrong...I've been known to crank one off to something smurfy once in a while, but this self-absorbed pile of 3D monkey shit could make leukemia seem like a blessing.

If you haven't already seen this winner on the big screen, consider yourself lucky. To replicate the experience, poke yourself in both eyes with a dirty fork and let the 3D magic begin.